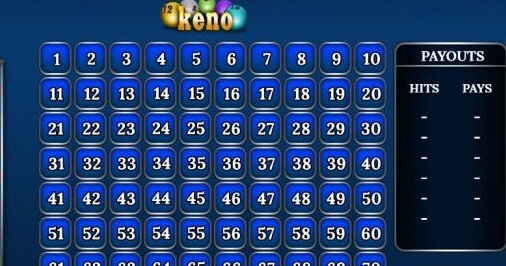 Keno is a vastly popular casino game in Australia, offered at the majority of online casinos. The game’s system is similar to a lottery game, or bingo game, but offering the player a great deal more flexibility and freedom of choice. As to which options are available is up to the version of Keno offered at each individual casino, but the base principal is always the same.

The player is allowed to select numbers on a card, but able to specific individual betting amounts for certain sets of numbers, as they see fit. A person may, for example, select ten numbers, but have group bets specifically for five of the numbers, allowing higher payouts if any of those specific five numbers are winners.

Interestingly, Keno is a game with a long history, stretching back centuries. Let’s have a look at how Keno was born, and how it evolved to be one of the most popular modern online casino games.

It is unclear as to how exactly Keno was first invented, but there are a number of fascinating stories. One such story says that Keno was used as a way to gather funds for the creation of the Great Wall of China. Although this story is not 100% verified, it is fascinating to think that the game has been around for so long. Either way, the game was first seen in ancient China, and players of the game were said to have received results via messenger pigeon.

Keno spread to Europe and the United States via trade routes in the 1800s, and quickly became popular with foreign players. It was in Europe that the game got the official name Keno, although in the United States the game was simply referred to as the Chinese Lottery. Either way, the game was universally loved, and began to be adopted throughout the world. It was around about this time that the game was also adapted for foreign players, with the Chinese characters being replaced with numbers.

Throughout the 1900s the game saw alterations and additions to the rules, as various groups of people personalised the game. In all versions, however, it was standard for physical cards to be used, and players to mark their choices on the card with pen or pencil. In the late 1900s, and early 2000s, Keno finally went digital, and cards were replaced by digital consoles.

Today there are very few Keno games that still use physical cards, if any. Even in land based casinos digital consoles are always used. Keno was naturally adopted into the online world, and almost all internet based casino websites offer a version of the game. Interestingly, the game has largely remained true to its original form, with only slight tweaks to the rules. This means that the versions of Keno played online today are almost identical to the version played with carrier pigeons, centuries ago. Keno can almost be referred to as a living fossil, although one that has evolved remarkably to still be popular with modern online casino goers.